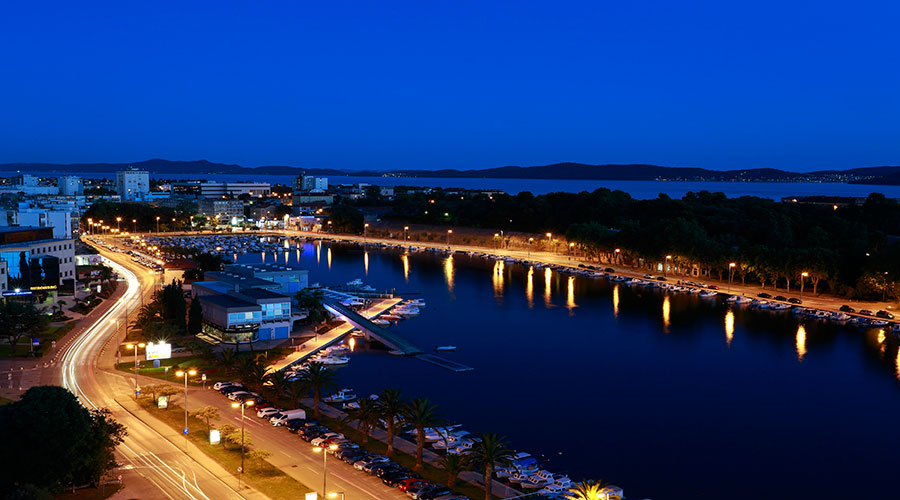 TRANSFERS ALL OVER CROATIA

Tisno is a settlement in Šibensko-kninska county, situated partly on the Tisno peninsula and partly on the island Murter. Passage according to which the settlement has been named after is 38 m wide and since 1832 two parts of the settlement have been connected by the mobile bridge. As the years have passed the bridge has become the tourist attraction because small ships which pass through the passage have two periods in the day when they can go through. Every day in the morning from 9 to 9:30 and in the afternoon from 17 to 17:30 the bridge is up and it is closed for road traffic while the passage is open for small ships. During summer months many curious tourists come to enjoy the view on the lifting of the bridge, small ships passing through the passage followed by the sound of the horn and on the descending of the bridge half an hour later. Tisno is situated in the immediate vicinity of Dalmatian towns – Šibenik (28 km far), Zadar (56 km far) and Split (100 km far). The settlement is well known for good parties, especially for the tourists from English speaking areas. At the address Petrića Glava many world famous festivals are being held like Garden Festival, Electric Elephant Festival, Stop MakingSense Festival, SunceBeat Festival, Soundwave Festival Croatia. You can come to Tisno by using our Holiday taxi transfer, our drivers can wait for you at Zadar, Split or Zagreb Airport or in any other destination throughout the Croatian coast. You just have to decide and fill in the taxi reservation at least 24 hours before the chosen transfer so that your transfer can be booked.